The US economy is the largest and most important capitalist economy.  It is usually considered as having performed the best of the top seven largest economies since the end of the Great Recession in 2009.  But is that really true?

If we take the average real GDP growth since 2009, we find that US growth has been lower at just under 2.2% than Canada, admittedly a much smaller economy.

Similarly, if we look at the average real GDP growth per person (per capita), US economy has average growth of just 1.4% a year, much lower than Germany at over 1.9% a year – although all the G7 economies are performing poorly.  In particular, note the terrible performance of Italy, with an average contraction in both GDP and GDP per capita.

The story of the US economic giant since the Great Recession is one not just of stagnation but of disappearing economic growth in the weakest economic recovery after a slump since the 1930s.

Maurice Obstfeld, the IMF’s chief economist, said the global economy held still significant risks fed by a “cocktail of interacting legacies” from the 2008 global financial crisis. These included high debt overhangs, bad loans on banks’ books and moribund investment, which were continuing to depress the global economy’s potential output.  Growth “has been too low for too long, and in many countries its benefits have reached too few — with political repercussions that are likely to depress global growth further,” Mr Obstfeld said.

Yes, the end of globalisation and its benefits to the largest and most powerful capitalist economies is giving way to weak trade growth and the collapse of future international trade agreements as political leaders respond to pressure to drop trade pact like TPP or TTIP and in the case of the UK, to leave the European Union and seek bilateral trade deals.

The hope was that US economy would pick up in the second half of 2016 – yet another bout of optimism that is losing force.  The Atlanta Fed Now GDP forecast is usually pretty accurate for US GDP growth.  At the beginning of the quarter starting in July and finishing in September, it predicted a 3.7% annual growth rate.  Now it is forecasting just 2.2%.  Expect it to drop even lower before we get to the official figures.  Similarly the Fed New York forecast is for 2.2% in the third quarter and just 1.2% in the fourth quarter.

For the long term, the US Federal Reserve bank economists are now forecasting just 1.8% a year expansion for the US economy compared to 2.6% at the end of the Great Recession.  And all this assumes no new economic recession.  The current ‘recovery’ is already one of the longest since 1945, having been supported by massive monetary injections by central banks globally.  But monetary pumping has not worked. 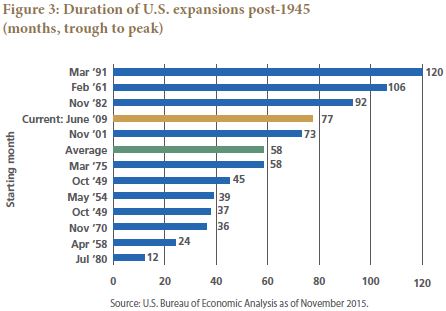 The likelihood of a new economic slump is high for 2017, as I have argued in previous posts.  But even without that, US capitalism’s economic performance is poor and only saved by the pitiful results achieved by other top capitalist economies.

6 thoughts on “US economy – not so great”